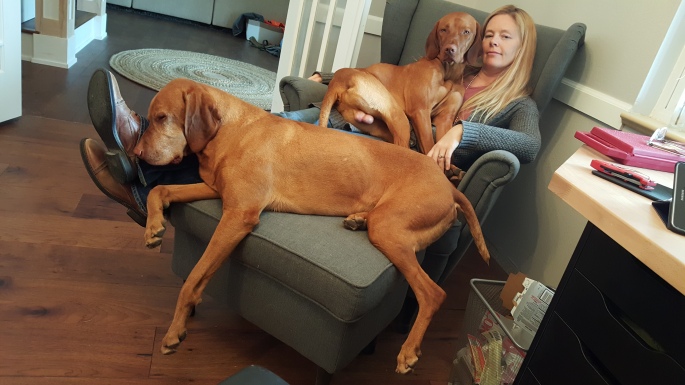 Do you have this?

You KNOW something in your head.  There’s logic behind it.  But you can’t shake or get away from the FEELING?  Or the desire / need / craving?  Maybe it’s this way with all additions / obsessions / distortions…

I have constant NEED to feel skinny.

This all started back in High School.  My jeans were all of a sudden fitting differently.  My “good butt jeans” (thank you to Lisa for coining that amazing term) were not so good butt anymore.  In hind sight, I was growing in ways a woman grows – gaining hips, filling out.  But I was NOT ok with this.  And I’m not ashamed to admit it, I like the idea of looking like an adolescent boy.  No hips.  No boobs.  Gaunt, flat, bony.

In my head, that is the picture of skinny and attractive.

I went on a “diet.” or something…  I ate dry toast for breakfast – one slice.  I think that was about the extent of it.  I noticed a bit of difference.  But, it wasn’t the obsession #1.  At that point, it was boyfriend.  Maybe I should ask him if I was all crazy about my weight?

Then let’s go to college!  I’d never had Lucky Charms before.  Serious.  And when I tasted them, I was in HEAVEN!  I mean, who doesn’t want to feel like their teeth are vibrating while eating breakfast.  And, unlimited amounts without having to share with my brother?  I wasn’t into coffee yet – this high was great!

Inevitably, those freshman 15 found their way around my thighs, butt, waist, and arms.  I was on the tennis team, we ran a decent amount.  But there were always bagels and treats! It was like I had deprived myself of “good food” for my entire life.  But it wasn’t me who deprived me – it wasn’t anybody.  My family just didn’t do bagels or sweet cereal or various kinds of brownies.  And I was in a new place where I felt out-of-place.  Eating is comforting.

Summer between freshman and sophomore year – I ran and worked out.  Probably dropped 10 pounds.  There was drinking – but I was pretty strict about my eating – tuna, humus, and pita bread became the new normal.  (I remember the first time I tried / saw humus.  Totally tasted like sweat smells.)

And sophomore year was full of booze (Germany trip).  And living in a dorm.  And playing tennis with these amazing girls whose mothers brought the most amazing treats to our matches.  Then the smoking habit picked up.  That was helpful – from a weight / hunger management perspective.  And being depressed, that kind of gets in the way of eating.  Sleeping sounds like a better plan.

It wasn’t until I decided to cut out dairy that a new belief began to take hold.  I was IN CONTROL of what I put in my mouth.  And I could be exclusive.  Who doesn’t love exclusivity?  To be a part of a ‘club?’

So dairy was out the door.  The next thing was meat.  I was never a huge egg fan so there was no announcement needed for that one.

And I was ish.  Meaning, most of the time, I fully adhered to the I can’t have dairy mantra. I got a few books about eating vegan or what it meant to be a vegan – my favorite and most influential being Fit for Life.  It was life changing.

After Thanksgiving.  Before Christmas.  Sitting in my Genetics class at GVSU.  My professor was an EMT on the side and kept her pager (yes, it was that long ago) on in case there was an incident on campus she could respond to quickly.  The tones went off.  I looked at the time – hmmm…  My dad drives home around now…

I had no idea what to expect when I reached the hospital.  My dad was in shock.  His glasses were missing, he was fully clothed but covered in dozens of blankets, he was shaking.  With a broken wrist, clavicle (which punctured his lung), and a completely destroyed knee, he was alive, but he was very very very hurt.

And something clicked.  Or shifted.  Or suddenly made sense.

That Christmas was my first go-around, practice at being an anorexic.  I baked and baked and baked.  I made 3 kinds of fudge, coconut balls, roll out frosted cookies, bars and bars and bars…  If it was in my grandmother’s cookie cook book and my great-grandmother made a note anywhere near the recipe, it was created.

This is when we met the “junk food express.”  (to be explained later)

I baked myself silly.  I baked and baked until my feet hurt but never ate any of it.  I don’t know if I gave it away or my mom threw it away.  People were bringing food every day.  I kept adding to our supply.  I was insane.  Christmas Eve I broke.  I had been so strong and so solid and so positive…. (oh, I totally need to write about James and I putting up the Christmas tree that year and secretly drinking Bells Beer in the basement while my mom was upstairs…)

I cracked and instead of crying, I laughed.  I laughed like I was on something.  In fact, my mom and dad thought I’d taken one of his pills (sillies – that would have made me go to sleep and puke).  I laughed until I cried.  My stomach ached and I could barely catch my breath.  All the stress melted away as I lost it on my parent’s bed, laughing hysterically at the amount of goodies I’d made and the absurdity of it all.

And then it was New Year’s Eve.  I just typed Ever – funny because I spent that New Year’s Eve with Brad Evers.  Must have been thinking that.  Well, the next day, after feeling completely bloated from Bell’s Beer and gross late night smoking sessions, I decided I was going to lose 10 pounds.

Now, that might not seem like something new and different from a) previous ideas I’d had b) any normal character’s New Years resolution c) something most 21 year olds think / say / believe.  And it wasn’t.  Until you mix in how close I was to losing my father.  The man who made decisions for me.  Who knew best.  Who took care of business.  Who I seeked approval of.

So this became a different kind of “I want to lose some weight.”  It became – wow, I have NO control in this life.  My dad almost died.  He’s going to be severely impaired physically until he can get a new knee.  I have NO control.  I almost lost my dad.  Oh wait, I CAN control something…  I can control what I put in my mouth.  AND it has the added benefit of that deprived feeling.  That, I know I’m hungry and I am going to deny myself food, feeling.  That, I’m better than *you* because I’m vegan – I don’t eat this, and that, and that, and this, and that and that and this.  I am in complete control of what I put into my body.

And it worked.  By the time I graduated from GVSU I had lost all of the 10 lbs – maybe more.  I didn’t even own a scale.  Then my good friend had a genius idea – let’s run a 1/2 marathon.  (story for another post…)

I was all in.  I started running.  Wow, did you know when you run for like an hour you can like let your thoughts go and you think you’re thinking about important stuff but you’re just running away from the important thinking?  No?  You didn’t?  Well…  Let me tell you how awesome it can be!

Or, did you know that being a Frutarian is a real thing?  Yup!  I can filet a watermelon.  And you can live off just watermelon!

It’s totally NOT a bad thing if you teach summer school in the morning, you wear a sweater on the way there because you’re so cold, then you get in the car at noon and it’s like 110 degrees inside but you don’t roll down the windows or turn on the air because you’ve been chilled to the bone all morning and then you go home and eat a handful or Newman’s Own Pretzels (only five), about 10 raw almonds, and melon and then head down to the beach and bask in the sun while you read (errrr…  I mean pass out for 3 hours because you’re fucking weak and HOT and sweating) and then you get up, have a few more pretzels, maybe a salad for dinner and then run 6 miles.  Totally NOT a bad thing!

That was the beginning.  It started because I needed control of something.  But then it kept going.  It’s been a battle ever since.

This is a text widget, which allows you to add text or HTML to your sidebar. You can use them to display text, links, images, HTML, or a combination of these. Edit them in the Widget section of the Customizer.
Loading Comments...
%d bloggers like this: